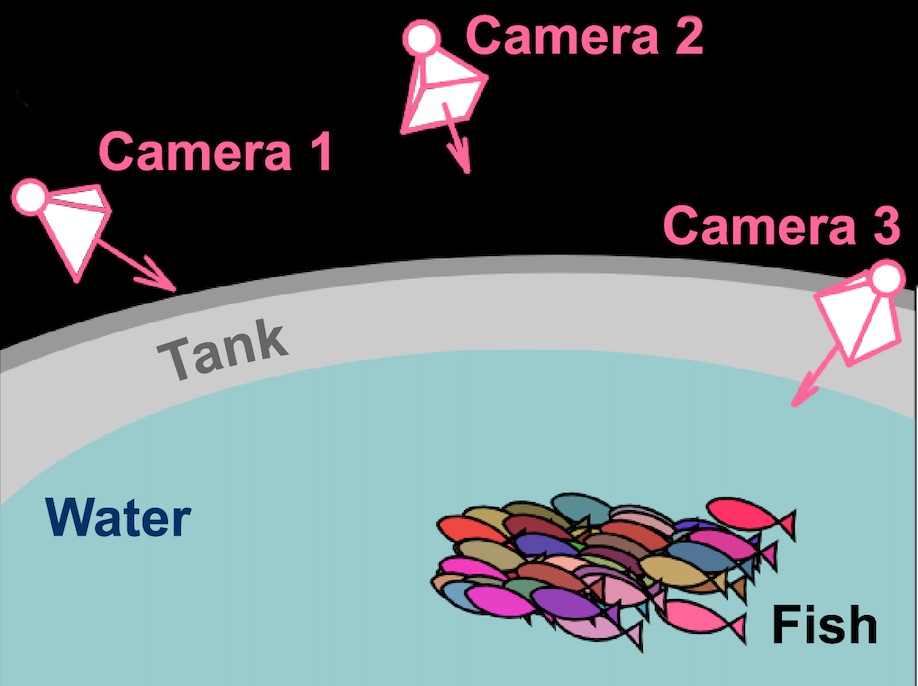 Wetting Transition of Active Brownian Particles on a Thin Membrane 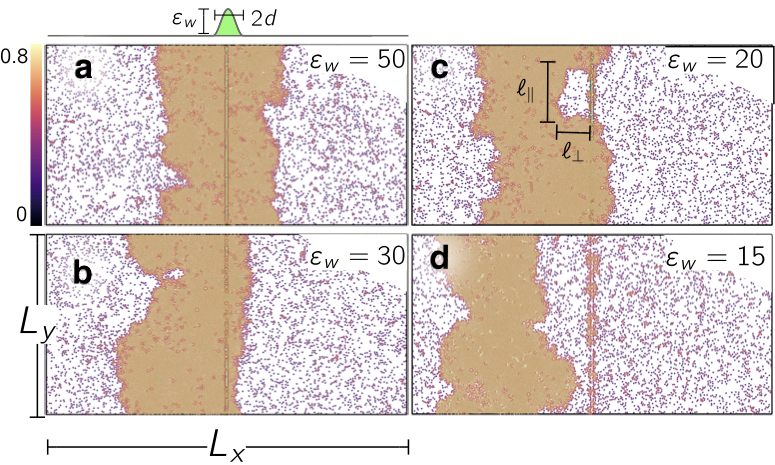 When my 12-month old daughter started pushing her baby walker around the apartment, I noticed how often she ends up stuck against tables, walls, and obstacles in general, as she struggles (or simply does not even try) to turn the walker around. I could not avoid thinking that that was a transparent example of the typical behaviour of self-propelled agents (or particles). As they travel in a given direction and their rotational diffusion is low, they typically get stuck against hard barriers and obstacles, leading to their accumulation.

However, some self-propelled systems do more than just accumulate. For example, so-called active Brownian particles (self-propelled repulsive spheres) can display phase coexistence between a dense and a dilute phase originating from a bulk phase transition known as motility-induced phase separation. This transition is similar to vapour-liquid phase transitions in equilibrium fluids, and this similarity motivated our recent work in Physical Review Letters. Vapour-liquid coexistence is, in fact, a prerequisite for commonplace surface phase transitions in ordinary liquids. These are the transitions associated with the change in contact angle between a droplet and a surface: from spread out droplets that cover a cloth (wetting it) to almost perfectly spherical water droplets on Lotus leaves (keeping the surface dry). Whether wetting or drying occurs depends on the interaction between surface and fluid atoms/molecules: attractive interactions promote wetting while repulsive ones favour drying. Tuning the strength of these interactions can transform droplets from partially wetting/drying a surface to completely wetting /drying it.

Active systems appear to undergo only complete wetting, as impenetrable walls lead to particle accumulation as much as attractive forces. To go beyond this regime, we explore the effect of finite strength repulsive barriers. Our hypothesis was that tuning the barrier strength would have revealed the competition between two mechanisms: the propensity to accumulate to hard walls and the tendency of potential barriers to reduce the density locally.

This set-up allows us to realise a connection between equilibrium wetting and the behaviour of active systems. Such connection takes the form of a symmetry transition in the structure of the density profiles and highlights the role of density fluctuations. It reveals marked differences between two and three dimensional systems, with the former more prone to gas bubble formation while the latter appear more dramatically sensitive to the barrier strength, with a sharp transition from partial to complete wetting.

The article (which also Featured as an Editor’s suggestion in Physics) can be found here:

Physicist and oboe player. View all posts by francescoturci